The ATENSOR Smart3D Sensor system enables the flexible arrangement and combination of several 3D sensors for complete detection of the three-dimensional workpiece surface. The system is characterized by the simple integration of rugged, industry-compliant 3D sensors.

In order to avoid a stop of the conveyor system in the manufacturing process, our single shot technology in combination with the Universal Position Interface (UPI) enables scanning of moving workpieces.

Due to the active illumination, the density of the 3D data is independent of any distinct features of the workpiece surface. Unlike conventional stereo cameras, the ATENSOR Smart3D Sensors provide dense 3D information even on homogeneous surfaces. The interference-free operation of several active sensors is ensured by a sophisticated decentralized synchronization mechanism (patent pending).

The industrial ATENSOR Smart3D Sensor system stands for a robust, easy to integrate and highly flexible solution for in-line digitalization in the manufacturing process.

Together with the proven lot size 1 components from ATENSOR, the smart3D sensor system is the key technology for robot-based surface treatment. 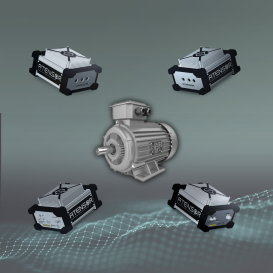 Flexible arrangement of the sensors 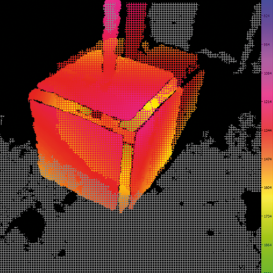 Alignment of sensors with software support 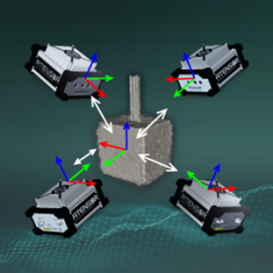